skip to main | skip to sidebar

The Arab Conscience: (re)Birth of a Nation ? 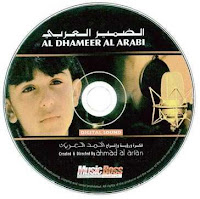 The expression “Arab World” was almost never used before the birth, around the last quarter of the 19th century, of the Arab nationalism. An arab nationalism which was obviously very much linked to the spread of the printing facilities and other IT facilities developed at that time (telegraph, new maritime roads…)

Thus, a challenging hypothesis is to bet on the re-birth of Arab nationalism, with the coming in age of a new IT revolution in the area (satellite TV’s, internet…)

A way to test such an hypothesis is to have a look at two multi-stars videos, produced by Ahmad Al Aryan who recently launched his second opus, “The Arab Conscience”, after the tremendous success of “The Arab Dream”, released in 1998 (see previous post).

With the collaboration of many famous singers, from all parts of the Arab World, “The Arab Conscience” tells in pictures the painful story of the Arab countries and populations since the release of “The Arab Dream”.

The main message is repeated again and again: People hearts are dead, our love and love to each others is dead, we probably forgot that all Arab been a family once upon a day…

The video has just been released and it is probably too soon to know if it will be as successful as the previous one ten years ago.

But it is easy to see that “The Arab Conscience” has been aired by 15 major Arab TV’s only and that all (pro)Saudi channels did not participate in the promotion of the video (when “The Arab Dream” had the backing of Al-Waleed Ibn Talal, the famous Saudi tycoon)…

Indeed, such a split in the “Arab TV consensus” gives a fair picture of what Ahmad Al Aryan and his Arab friends wanted to say: the worrying state of the “Arab Conscience”.

Here to read the original and more detailed post in French, and there for "The Arab Conscience" video, with English subtitles.
Posted by YGQ at 12:56 PM

YGQ
An English digest of my blog "Culture et Politique arabes" (see link above). "Sorry for my french!" 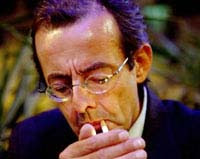